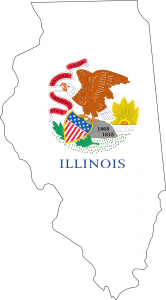 July 11, 2009          Legislative Update:  Finally, economic stimulus for the State of Illinois, implications for the 38th District, thoughts on the FY2010 budget negotiations, and Jazz In The Park For Charity 2009 2 week countdown. Click here to read more...

April 13, 2009        Mid-Session Report:  $30 million dollars of construction projects coming to the 38th District.  This newsletter serves as a mid-session report to include an update of road projects, grants to local art councils and the recent capital budget hearing at South Suburban College.  Click here to read more…

March 15, 2009     Representative Riley and South Suburban legislators hold a press conference regarding the SouthEast Service Line. This was a missed opportunity for shovel ready projects.  Click HERE for the video.

March 11, 2009      Section 41 of the CTA Act:  Below is a NBC news story featuring an important piece of legislation I am working on to help citizens who have been involved in an accident with the CTA who have been summarily dismissed, on a technicality never to be heard again.  Click here to view the video.

Mar. 03, 2009        Riley introduces legislation to protect the rights of those injured in CTA accidents

Nov. 30, 2008        The Prelude to Jazz in the Park was held on November 20, 2008 at the Tall Grass Arts Gallery in downtown Park Forest.  The event brought together communities of the 38th Distrist including local mayors and officials as well as social service agencies to kick off the 2009 Charity Event.  I am pleased to announce that my office will be hosting Jazz in the Park for Charity 2009 at Bi-Centennial Park in Olympia Fields on July 26, 2009.  For more information please contact my office at 708.799.4364.

Oct. 1, 2008           State Representative Al Riley’s “Faces of the Future” is in full swing. This committee has been established to develop an interest in the legislative process for high school students.   The youth committee will “be in session” for an entire year with meetings on Saturdays. Session began in early September and will end in the Spring of 2009, at the conclusion of the academic school year.  In order to be considered for next years Youth Committee, students must be Sophomores, Juniors or Seniors and fill out the necessary forms.

Sep. 8, 2008          Social Services Fair in Country Club Hills.       The Social Services Fair was held on September 6, 2008 at Hillcrest High School in Country Club Hills from 10 am – 2 pm.  The event was in collaboration with Rich Township and the Illinois Department of  Healthcare & Family Services. At least 25 booth attendees were at the event. Thank you for your contribution, it was a successful event.

Nov. 30, 2007       Breast Cancer Forum.  On November 10th, my office in collaboration with the University of Illinois at Chicago Public Health Department conducted a morning breast cancer forum at Prairie State College. Vital information was presented on screening, diagnosis and treatment of breast cancer. I highlighted two legislative measures aimed at prevention of ovarian and breast cancer. Public Act 95-0096 amends the Community Health Center Expansion Act by including ovarian cancer screenings within the definition of preventive health services to be offered by community health centers. Public Act 95-0431 requires insurance companies to provide coverage for mammograms for women over 40 years of age. This act also requires coverage for a comprehensive ultrasound screening for women at risk for breast cancer. Guest speakers included:

Sept. 25, 2007       Regional Budget Hearing.  A Regional Budget Hearing analyzing the Governor’s veto of local projects and other budgetary line items was held at Homewood-Flossmoor High School. Thank you to the roughly 125 people who attended to testify about the negative impact of these cuts on the Southland Region. I chaired this hearing which was co-sponsored by fellow representatives David Miller, Will Davis and George Scully. Approximately 40 organizations came to testify which included hospitals, health care agencies, school districts, colleges and universities and community based organizations. The hearing lasted about 4 and 1/2 hours and included a slide presentation by the House Democratic Staff on the more substantive financial aspects of the budget cuts.

The mass transit bill was negotiated. The South Suburbs were hardly considered in the drafting of the language.

In May 2007, a subcommittee created with bi-partisan support established in the Mass Transit parent committee. The subcommittee is meant to address regional equity issues in mass transit services affecting the region, with a focus on the Chicago Southland.

On June 16, 2007, we conducted our first subject matter hearing in Matteson. Representatives from the RTA, CTA, PACE, Metra and IDOT were in attendance to discuss transportation issues facing the Chicago Southland. There was an extensive discussion regarding current planning activities at the Service Boards which is meant to expand transit services in the region. CMAP discussed the importance of linking transportation with economic development.

Moving forward from the June 16th hearing, I began to work on the mass transit bill with the Southland Caucus in collaboration on major issues facing this region. We worked extensively with Representative Julie Hamos and the RTA. Among the issues addressed were: developing regional representation on the Metra Board, ensuring viability in the Suburban Community Mobility Fund, provide additional monies to PACE, and strengthening diversity representation on the citizens service boards.

On July 18, 2007, the merits of the transit bill were presented in a morning legislative meeting with the RTA and Representative Julie Hamos. After multiple meetings with the Southland Caucus regarding our needs, the Caucus negotiated with the sponsor and the RTA to ensure that the Southland does not get left behind. We were strident in our efforts in ensuring our region had a voice.